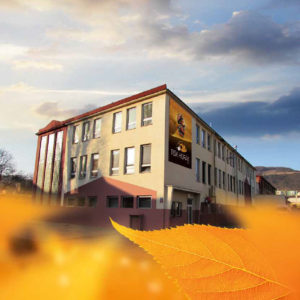 The idea of establishing and building a printing works dates back to before 1989, since the founder of the company, Milan Horák, had been working in many printing works in the polygraphic field for a long time.

The company was established on 1st July, 1990 by Mr. Milan Horák with the same name, Milan Horák Printing Works (Milan Horák – tiskárna). This company had the legal status as natural person and it existed until 2006. Milan Horák started to build the company in the printing industry step by step. He started printing with a low-format printer. The company has developed into a leader in sheet offset printing works within the Czech market.

At the end of 2006 to the beginning of 2007 the company Milan Horák – tiskárna changed its legal status to Tisk Horák corp. with a registered capital of 10 million CZK and it bought, as the first company in the Czech Republic, ten-colour printers for B1 size with a turn device, as well as attachments for unrolling the paper from the roll. This made it possible to perform two-sided printing of sheet paper and of roll paper at once. The company grew to employ more than 100 employees.

On 1st July, 2008 the company Tisk Horák corp. changed its logo to a stylised lady beetle.

The company had on average 80 employees in 2012. Despite the economic crisis the company is running nonstop and it is one of the leading sheet printing works. It is respected in the field of introducing new modern technologies and it belongs to the most dynamic and most visible companies in the printing market. It is a huge advantage that the company is technologically advanced in comparison with competitors. The printing works has it’s own department of graphic design which can help the customers with their own creation.

Fundamental events occured in 2014. Leoš Horák, the son of the company founder Milan Horák enters the company. It is decided to buy the digital inkjet printer Fujifilm JetPress 540 W – the first of its kind in Central Europe – as well as finishing lines V1 and V2. These machines are a solid part of the machine equipment within the company Tisk Horák. The company have confirmed this year that it is still the leader of the printing market.

The company confirms it’s progressive development with the purchase of the most modern offset technology in the form of the eight-colour printer Heildelberg Speedmaster XL 106-8-P in 2015. The company also started a unique service in the Czech Republic and in the Slovak Republic – online calculations as well as the possibility of the subsequent order of the printing products via e-shop.